By Michelle PaineJanuary 21, 2014Art and Faith
No Comments

I recently was made aware of a fascinating project based out of New York which is trying to create an artwork for each verse of the Bible. Unlike other illuminated Bibles in history, Spark and Echo  have not limited their media to 2D art only, but are also commissioning performances, musical pieces. The project is a fascinating one, because by “generating work over verbal discussion” and “fostering a new artistic dialogue”, the project is deeply incarnational – seeking to “The Word Made Flesh” through artwork.

The project is also broadly based in both the artists it seeks (those familiar with the Bible and those who have not yet explored it”) and its audiences (“unlikely and diverse”). 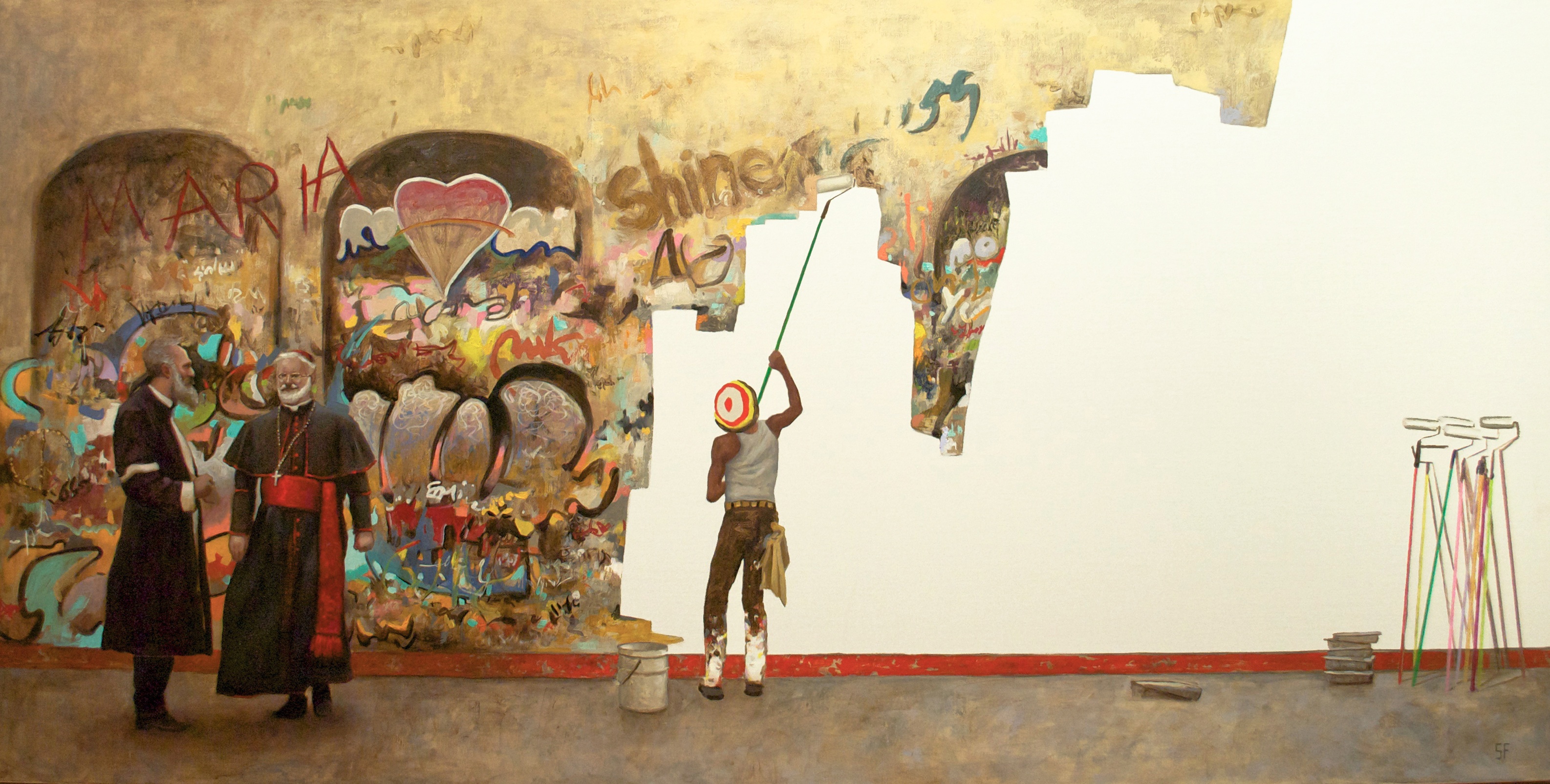 “Prophecy”, Oil on Canvas, by Steve Forster. Used with permission.

The Bible has been the basis for so much of visual, literary and performing arts in the Western world, and it is exciting to see a project which interprets “illumination” into a 21st Century artistic context – one not limited to paper, fresco, or sacred music, nor by the framework of  liturgy, or museum or publishing, but boundless with regards to media and context.

Stephen Forster’s painting “Prophecy” is based on the love passage from 1 Corinthians 13:8-12:

Love never fails. But where there are prophecies, they will cease; where there are tongues, they will be stilled; where there is knowledge, it will pass away. 9 For we know in part and we prophesy in part, 10 but when completeness comes, what is in part disappears.  When I was a child, I talked like a child, I thought like a child, I reasoned like a child. When I became a man, I put the ways of childhood behind me. 12 For now we see only a reflection as in a mirror; then we shall see face to face. Now I know in part; then I shall know fully, even as I am fully known.

And the two priests that are shown – will they, as part of the surface of the painting, also be erased? Or will they remain? Do they represent religion as institution or as Jesus?  The voices of love, or the voices of all else? What will remain when all prophecies and tongues cease and all knowledge passes away into the blank?