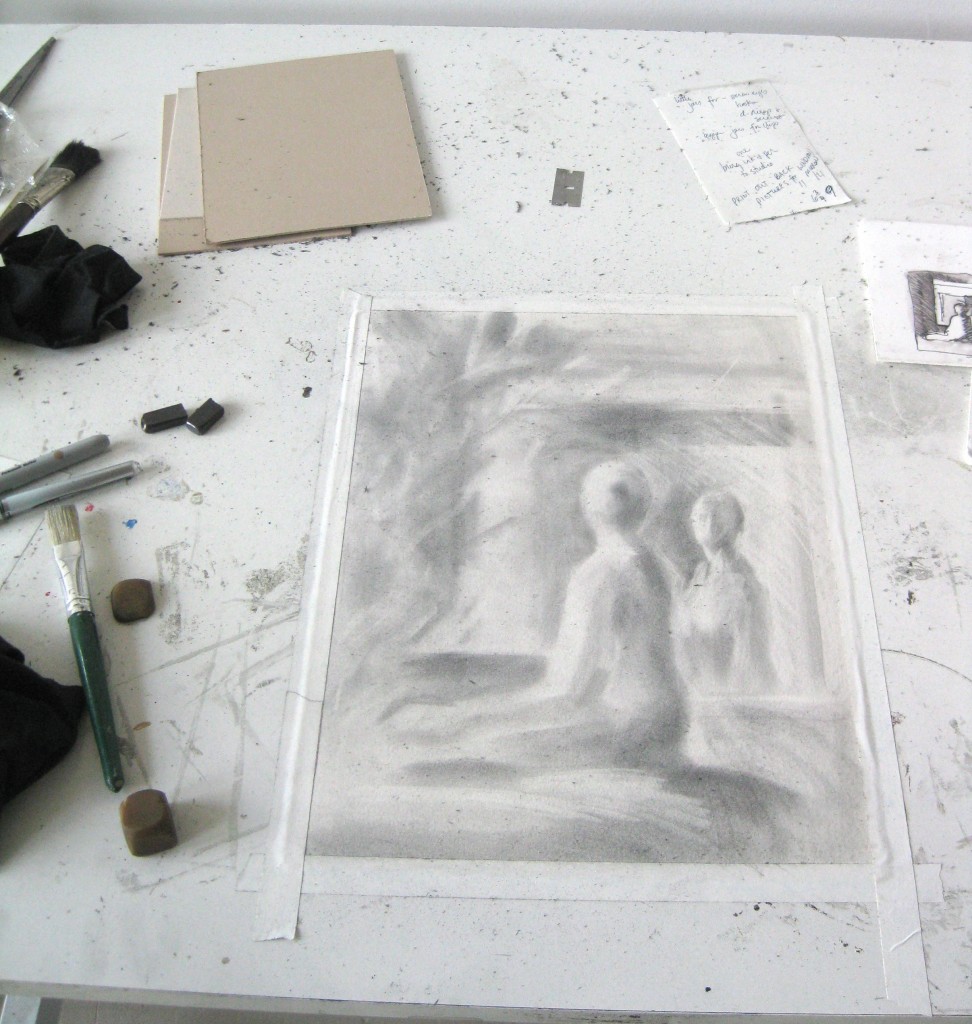 I began the drawing by rubbing a chamois cloth covered with graphite powder over the surface of the paper, and then by serasing out the lights. This is an exercise I have my students do frequently. By covering the paper with a middle grey it forces us to think differently about dark vs. light (usually on white paper we only draw the dark – with this technique you are forced to draw the LIGHT). In addition, by drawing on the entire surface with the chamois we avoid any residual “blank canvas” syndrome, where we might be afraid to “ruin” an untouched piece of white paper

So far I’ve used only chamois cloth and an eraser – no graphite stick or pencil at all. You can see that I have sliced a piece off of my eraser to create a fine point for drawing with it.

I made several drawings  (such as Opening, seen below) using this technique when I was in graduate school at University of New Hampshire. These new paintings and drawings are intended to be a continuation of the series I began then. 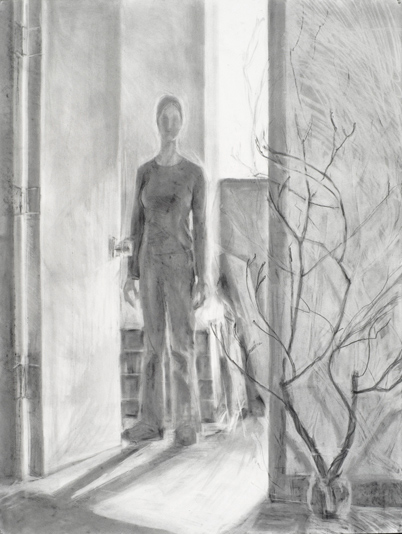