In honor of John Paul II on his Beatification

Some recent paintings and drawings of Saint Peter’s Basilica in Rome, on the occasion of the beatification of Pope John Paul II.

John Paul II prayed for a “Primavera dello Spirito”: a Springtime of the Spirit. 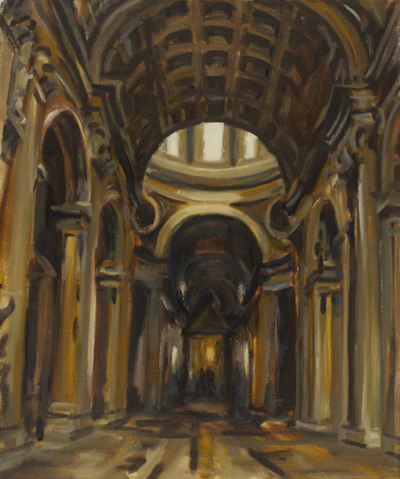 His prayer for a “Springtime of the Spirit” was answered in a multitude of ways, from the flood of youth who attended the World Youth Days (which he began), to the recognition he gave to many lay organizations in the church, to the attention he gave to every sort of person he encountered in his trips across the globe (no other pope had travelled as extensively as he had). 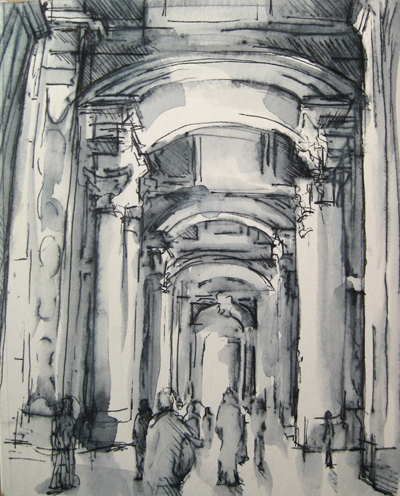 I saw John Paul II once, from a distance, in the Christmas week of 1997, before I was even Catholic. He was in his window, his voice trembling, echoing across Bernini’s colonnade. We were far below in the Piazza San Pietro, glad we could say we saw the “itty-bitty pope”.  But I know John Paul II prayed for me, because in 1999 he addressed a Letter to Artists in which he appealed to artists to use their gifts, saying: “the church needs art.” 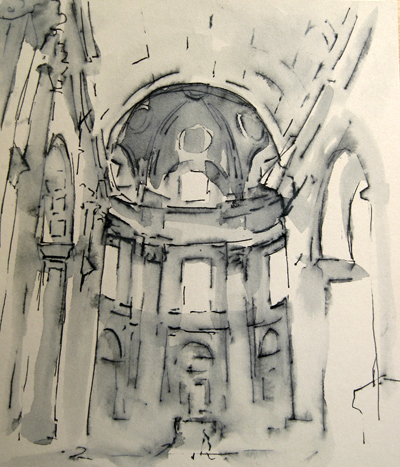 “May your art help to affirm that true beauty which, as a glimmer of the Spirit of God, will transfigure matter, opening the human soul to the sense of the eternal.”