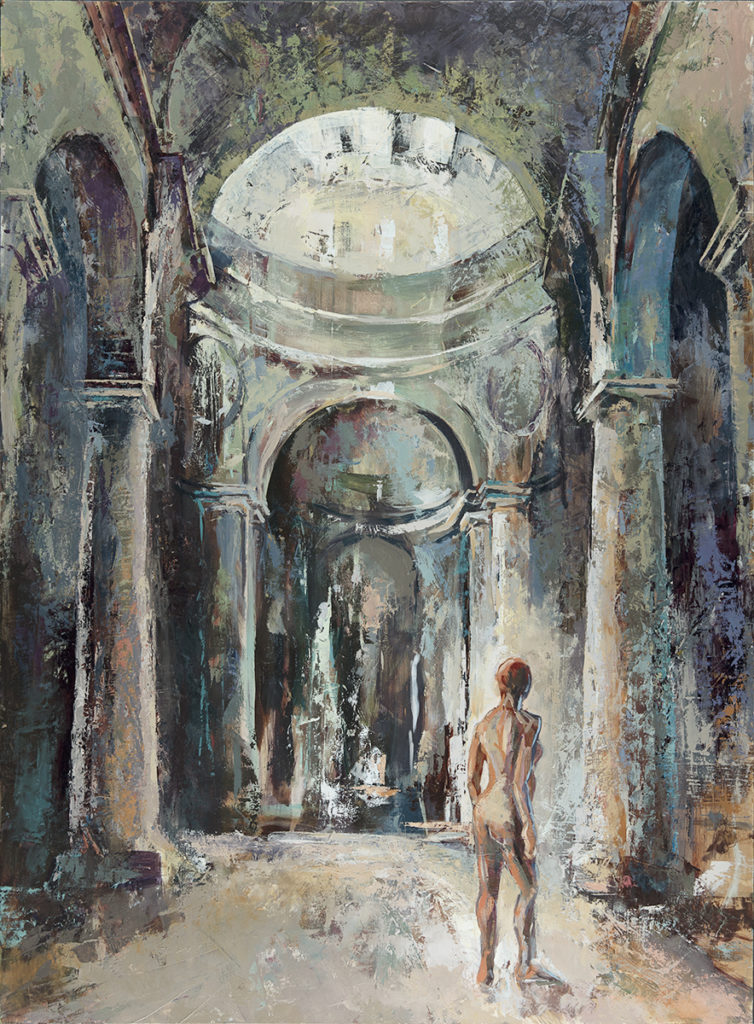 My newest Marian painting “Interrogatio: Inquiry” depicts that moment of questioning “How can this be?” when the angel announced the Christ’s coming to Mary at the Annunciation. Mary’s vulnerability before God is represented here by the nude female figure. The grand space of the architecture represents God’s overpowering presence. The architecture also becomes a metaphor for Mary herself, often referred to in medieval texts as the Temple or dwelling place of the Lord because of her role in the Incarnation.